Growing up, I always wanted to visit New York City. I visited family in Upstate New York several times as a kid and I loved everything about it, from the changing of the trees in the Fall to the fresh air to the deer that freely wandered in my grandparents’ yard. I always longed to make a trip to the Big Apple, but it was too far to visit during one of our family trips.

As I grew older, this longing inside me to visit New York City only grew stronger. With so many movies and television shows taking place in Manhattan, the feeling became intense and I was determined to finally plan my first trip. It was just a matter of time and money. So in early 2018, Mike and I decided this was it—this was the year we were finally going on vacation in New York!

We had initially booked the trip for my birthday last September, but that plan quickly changed when it interfered with my brother-in-law’s wedding. However, the change in plan could not have worked out any better, as this meant we could reschedule our trip for our first wedding anniversary. 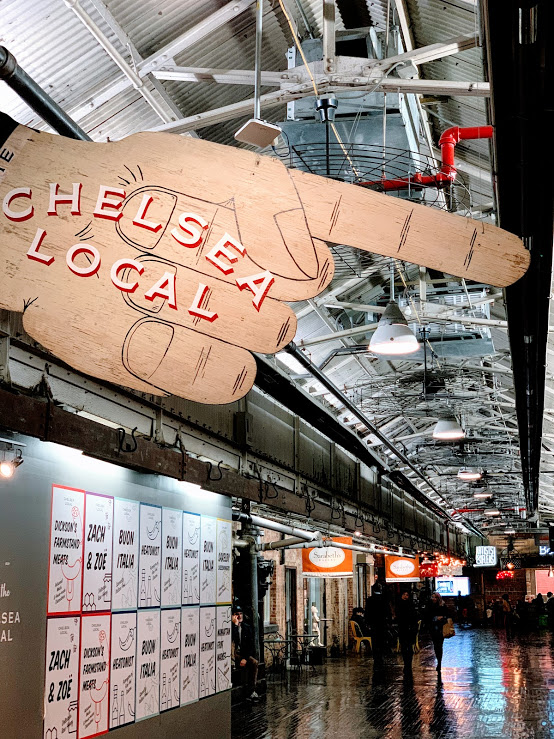 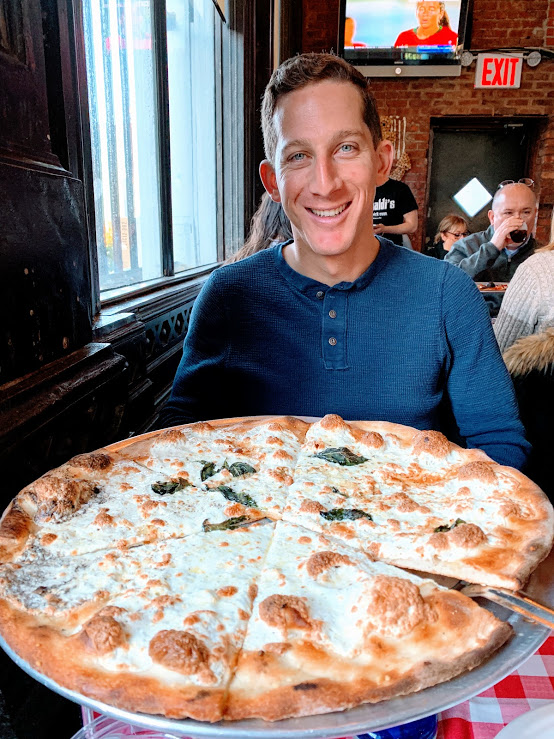 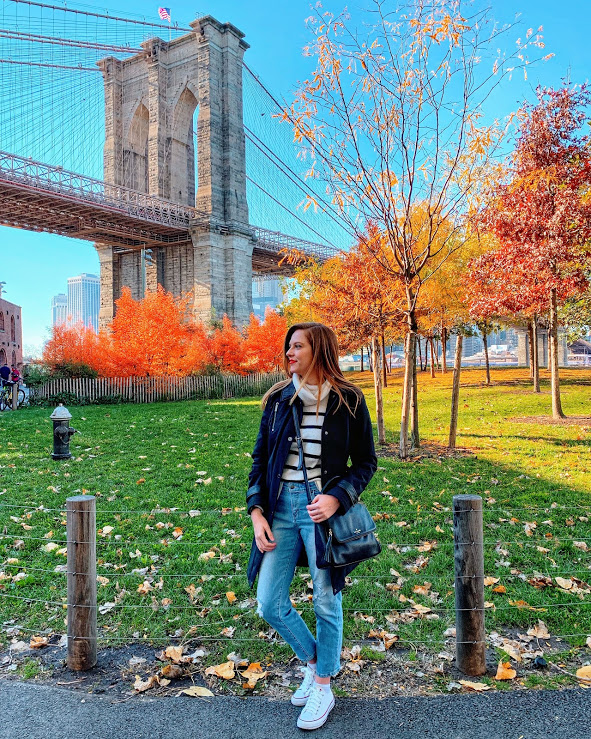 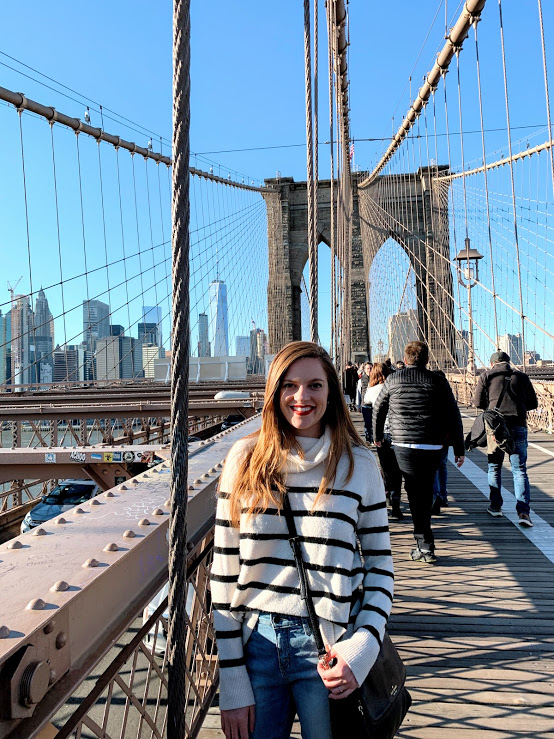 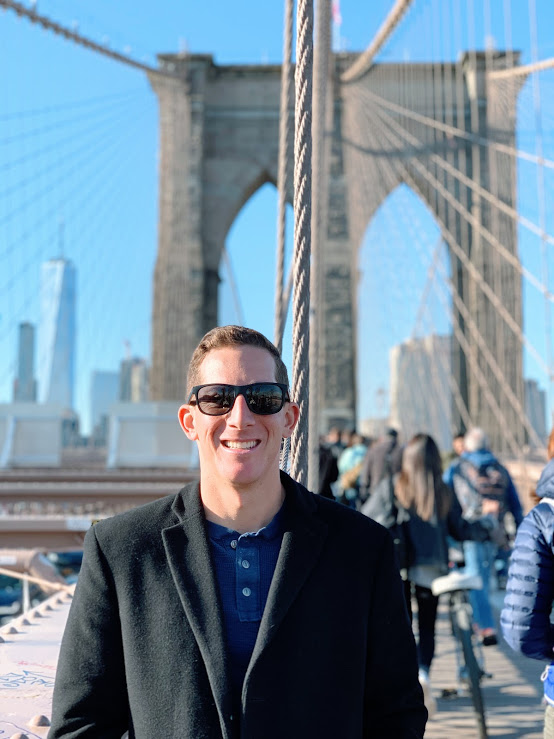 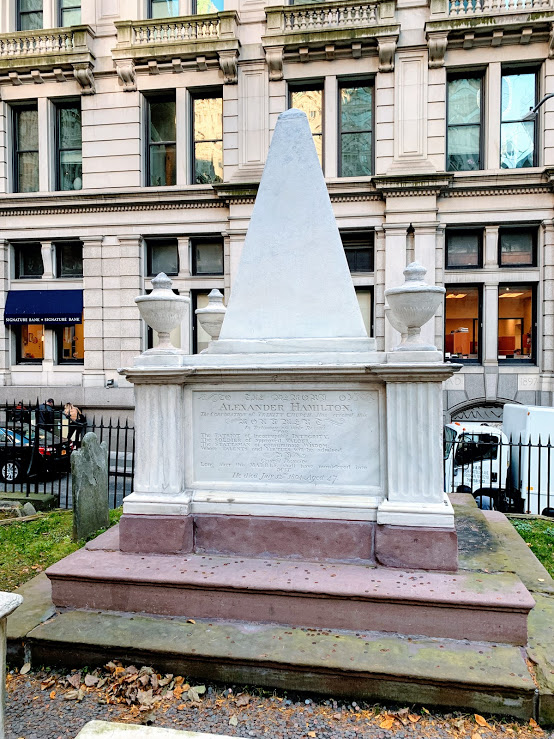 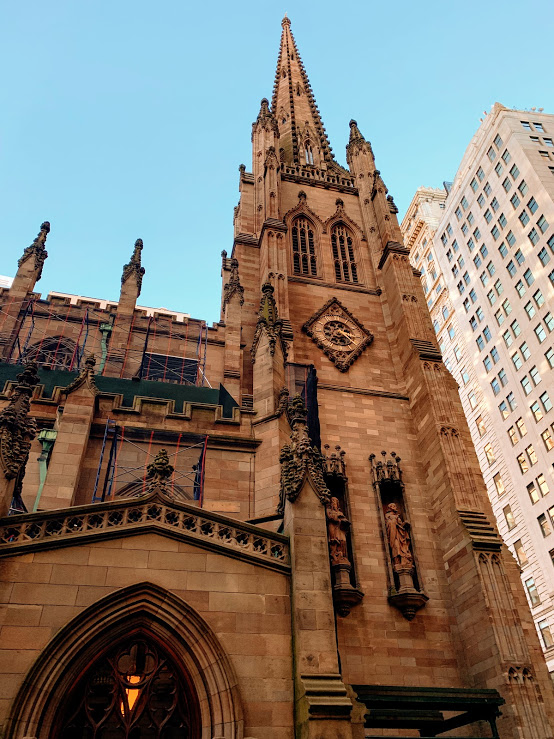 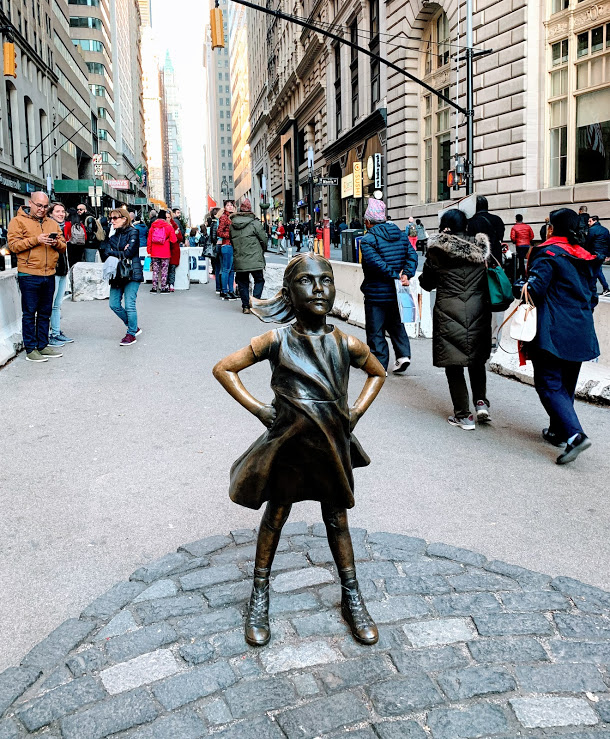 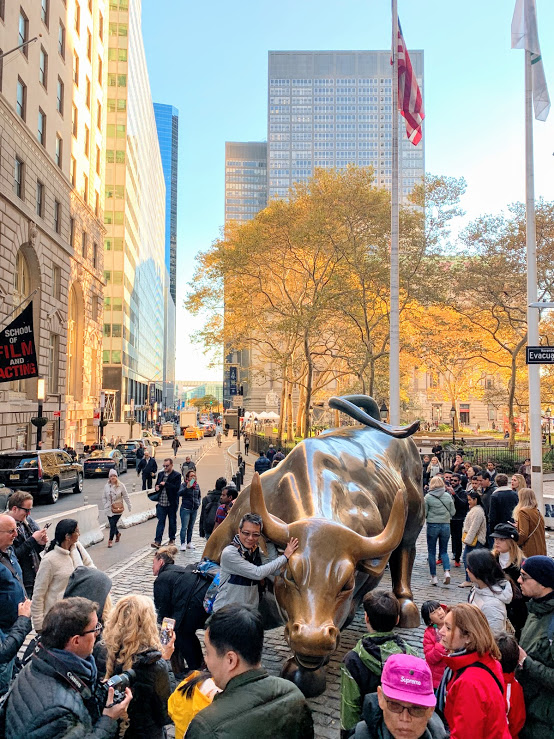 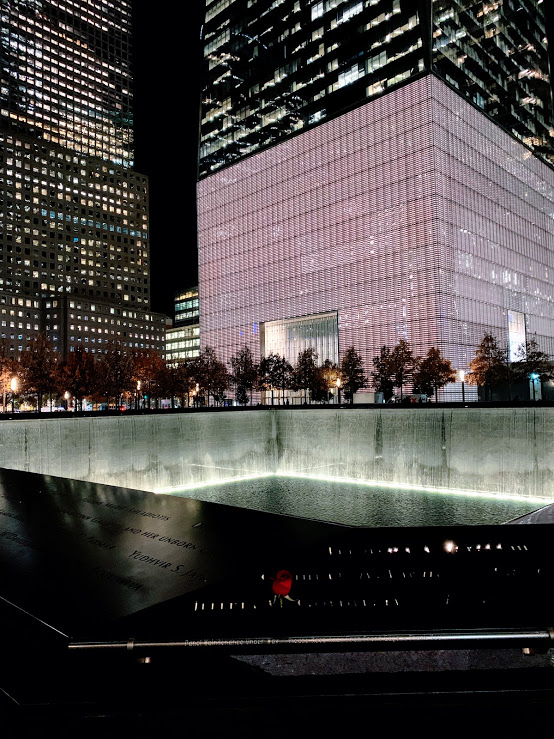 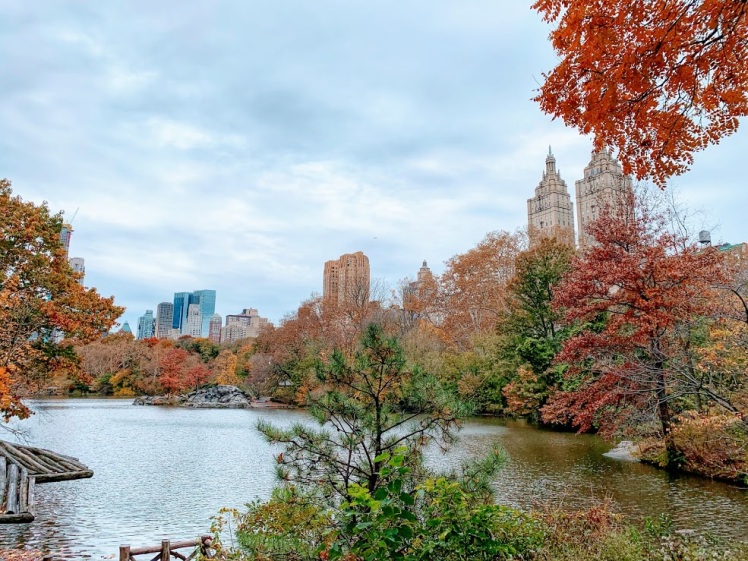 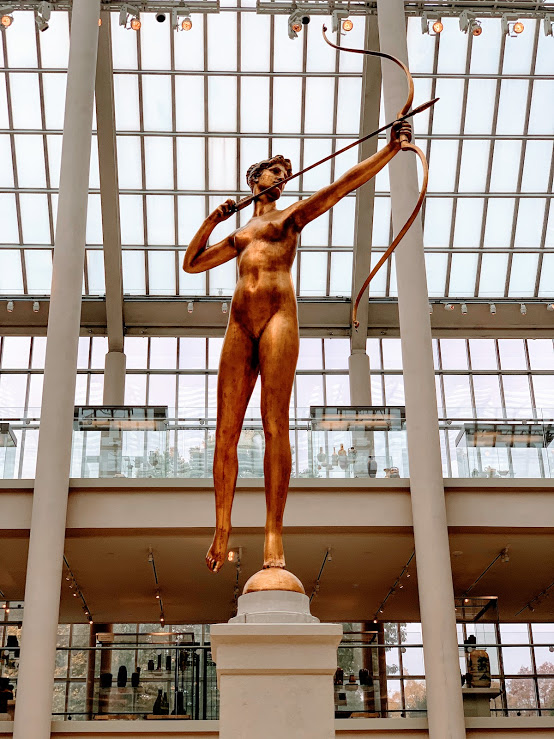 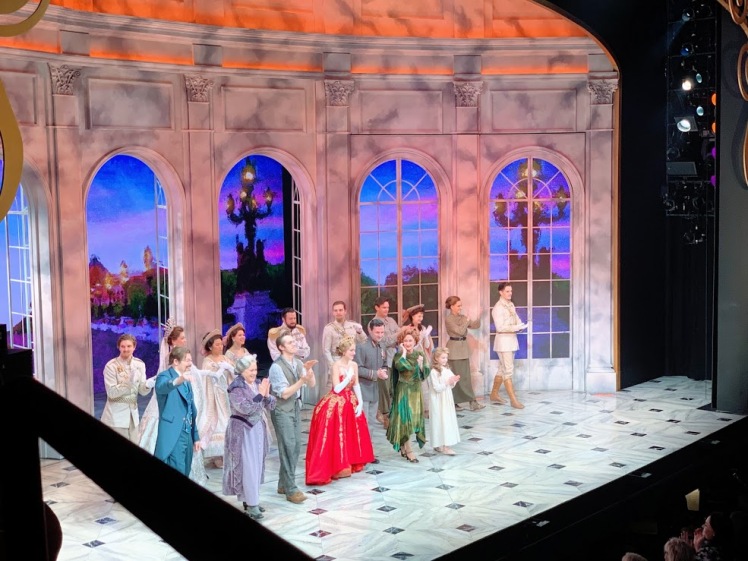 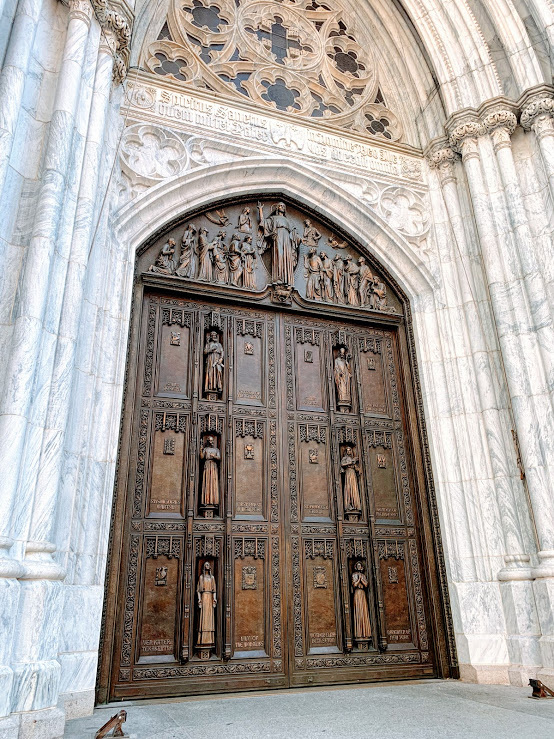 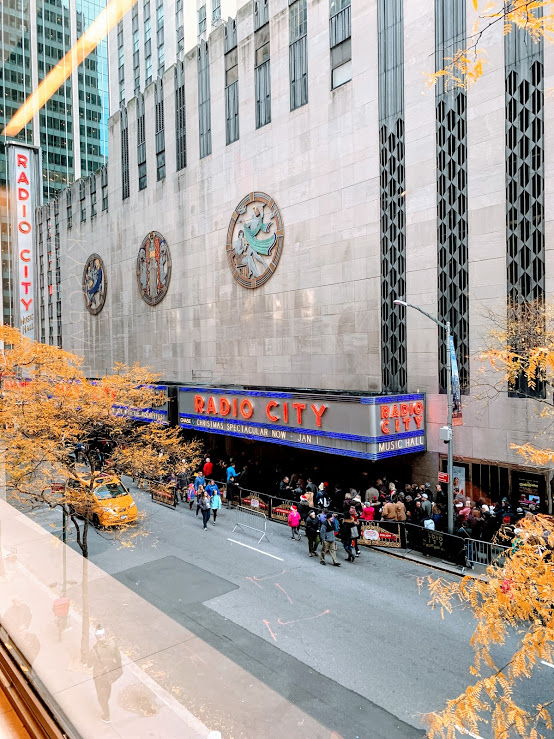 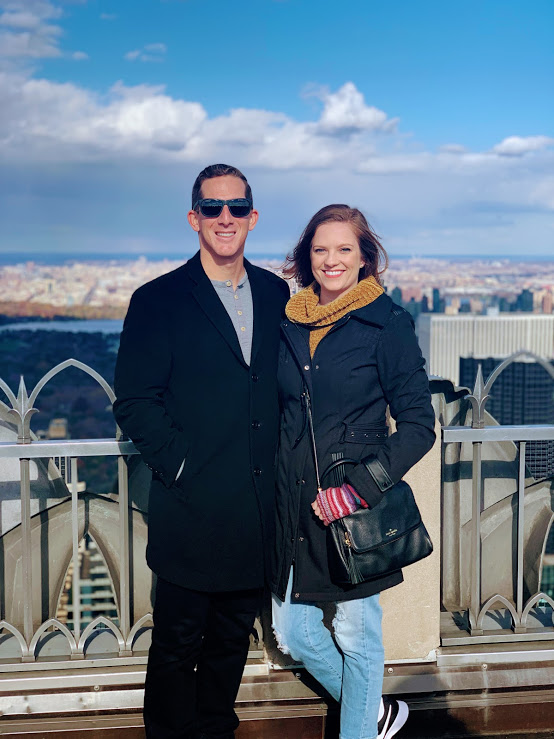 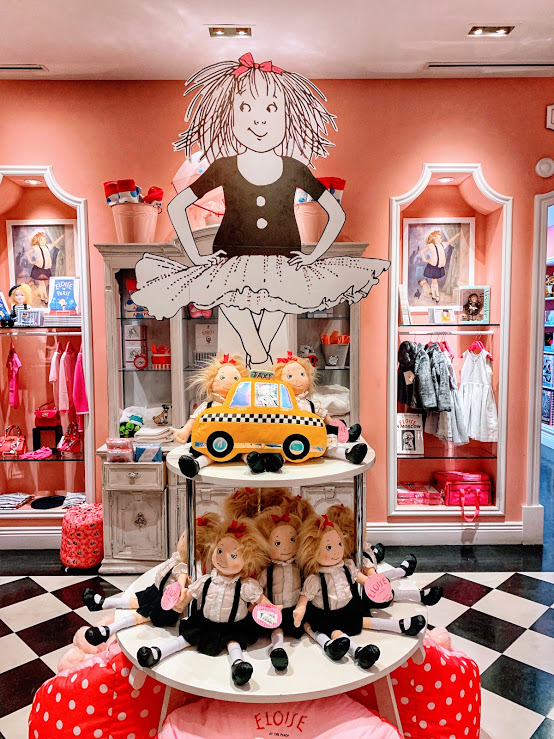 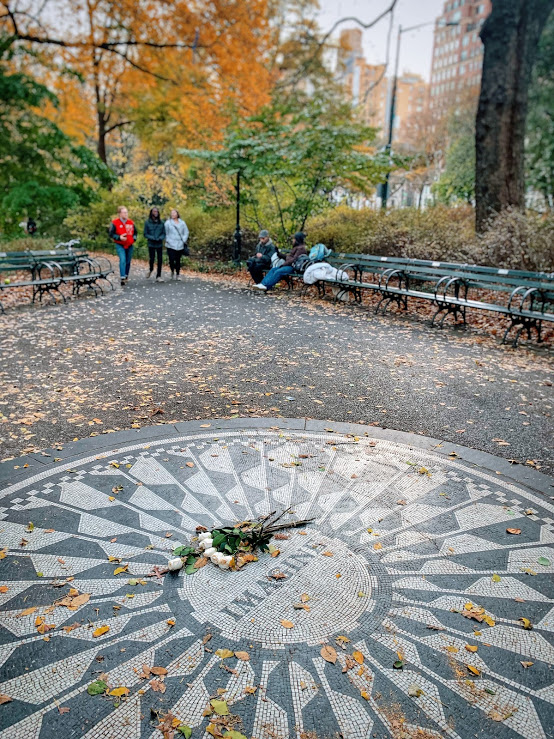 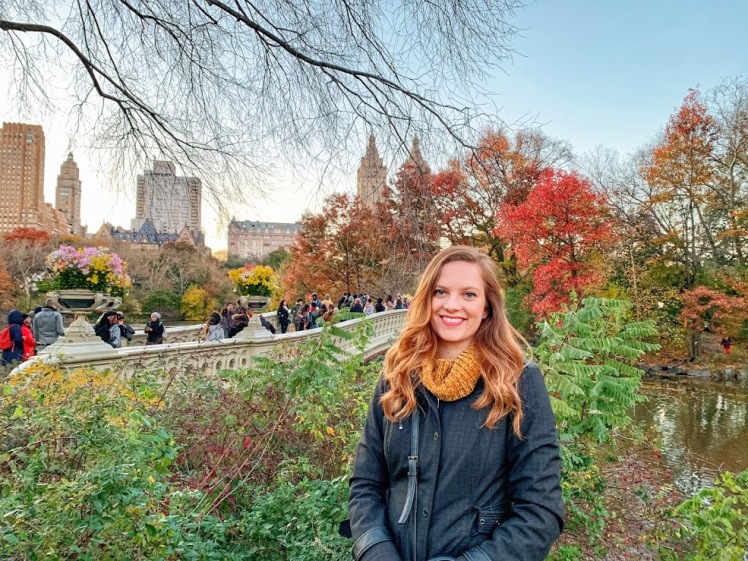 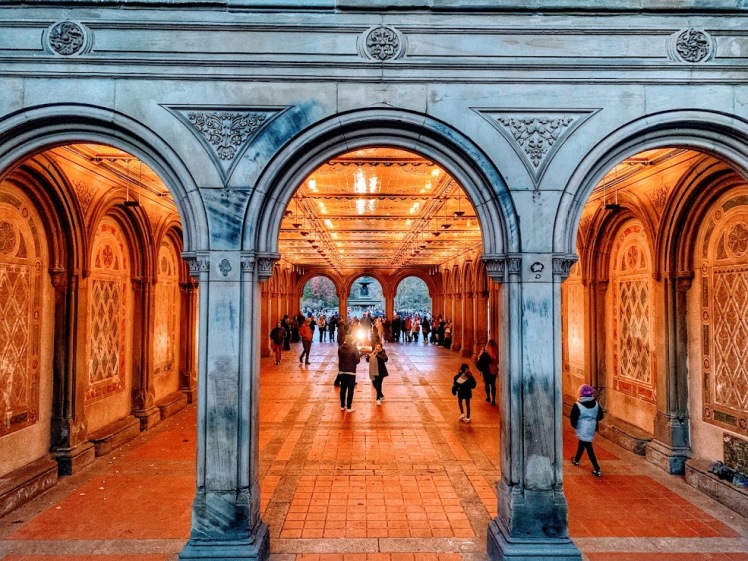 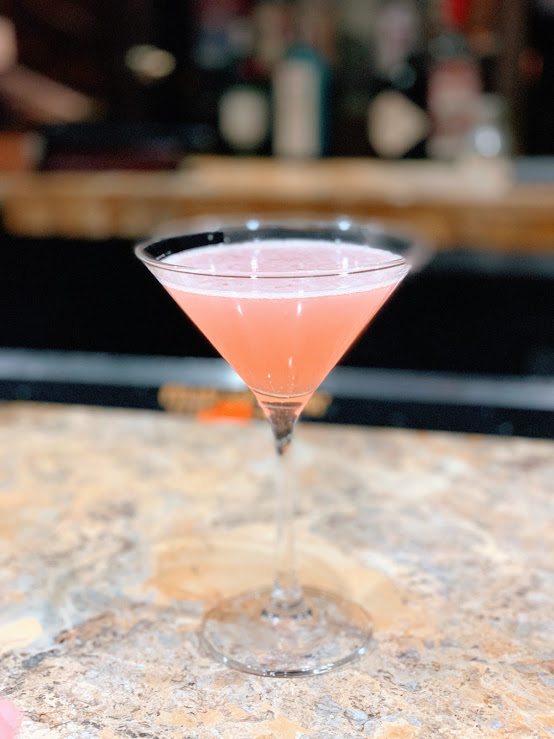 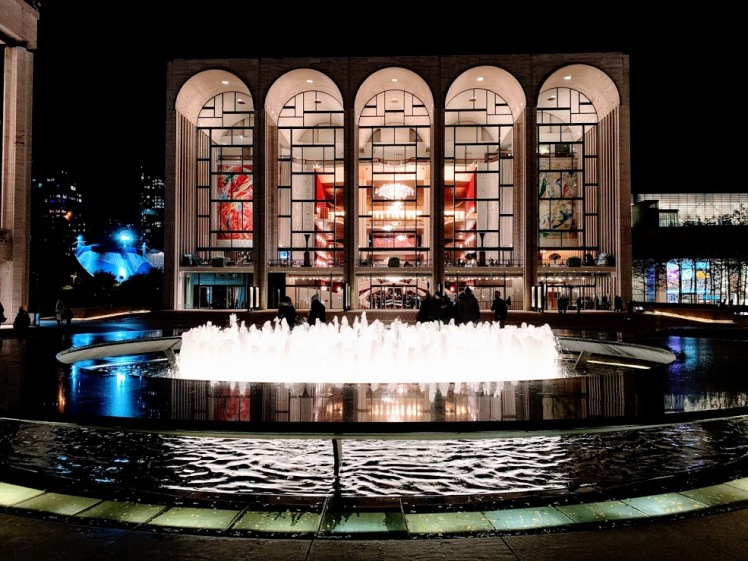 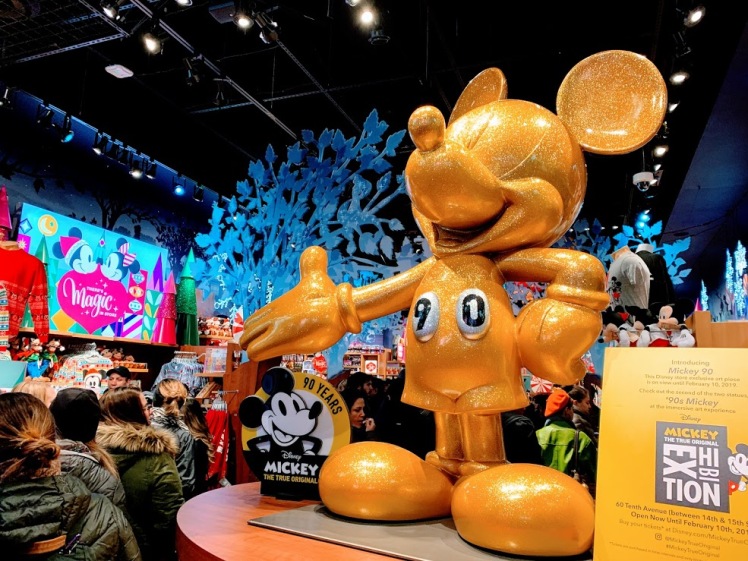 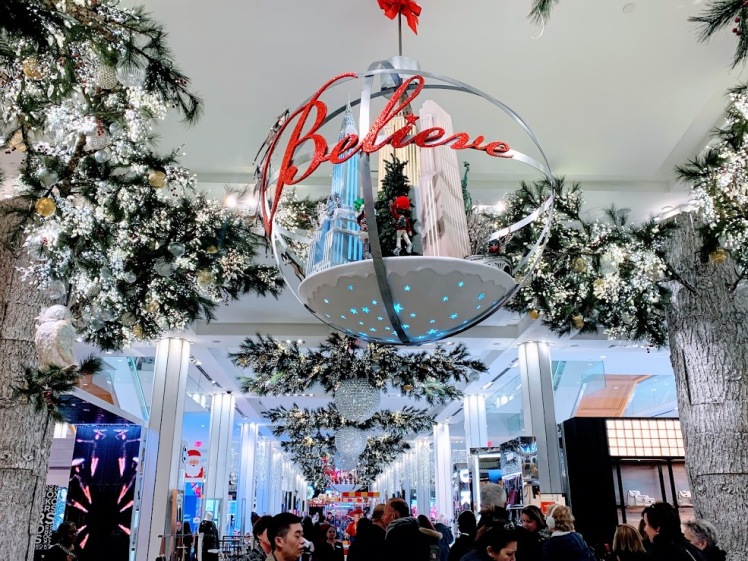 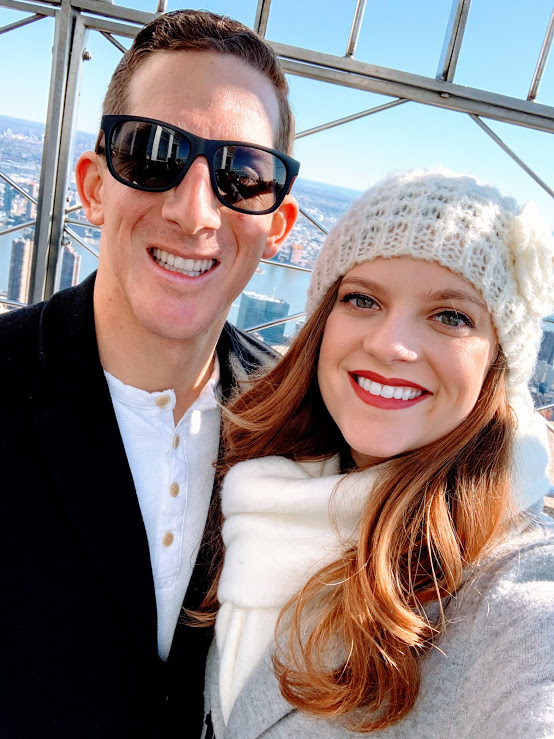 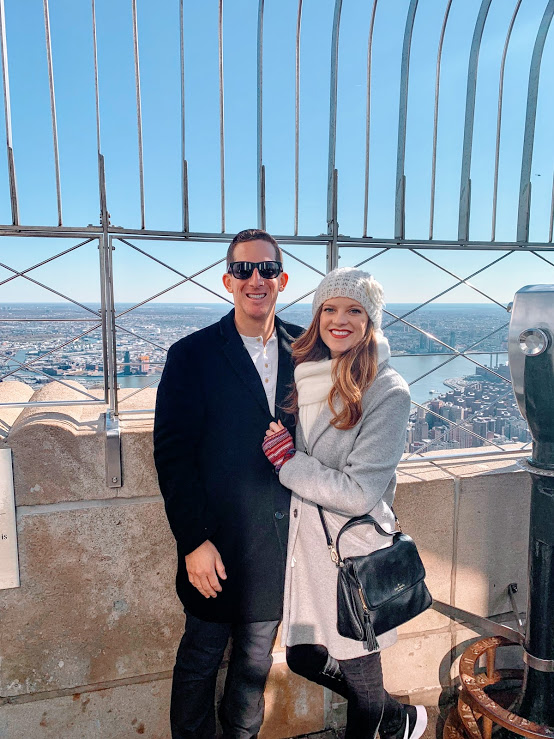 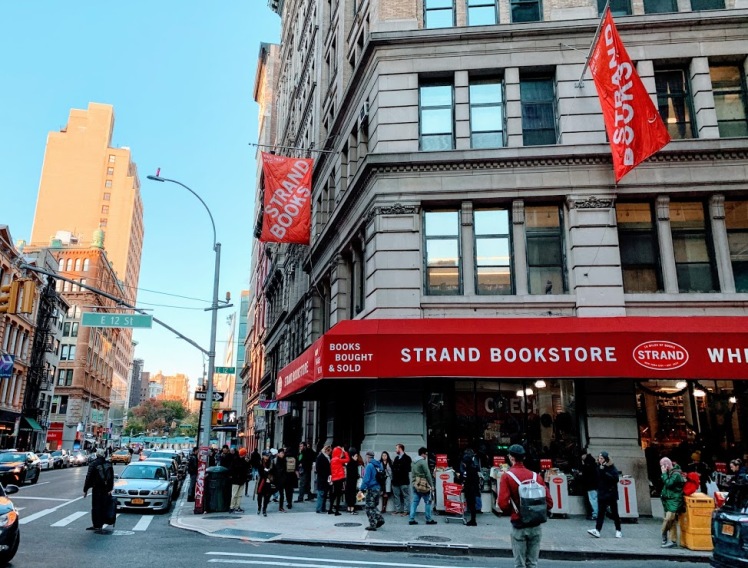 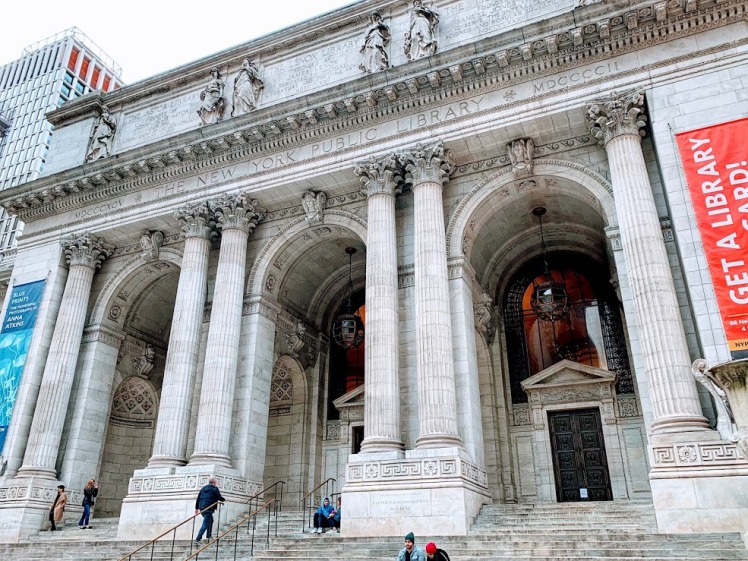 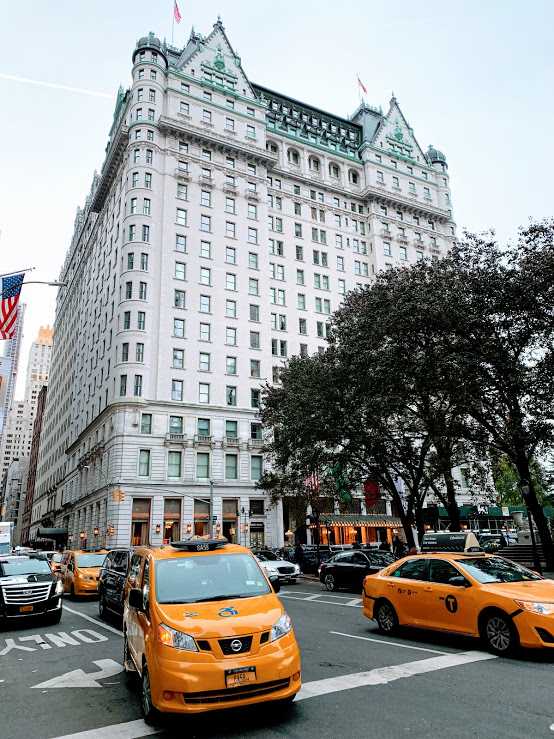 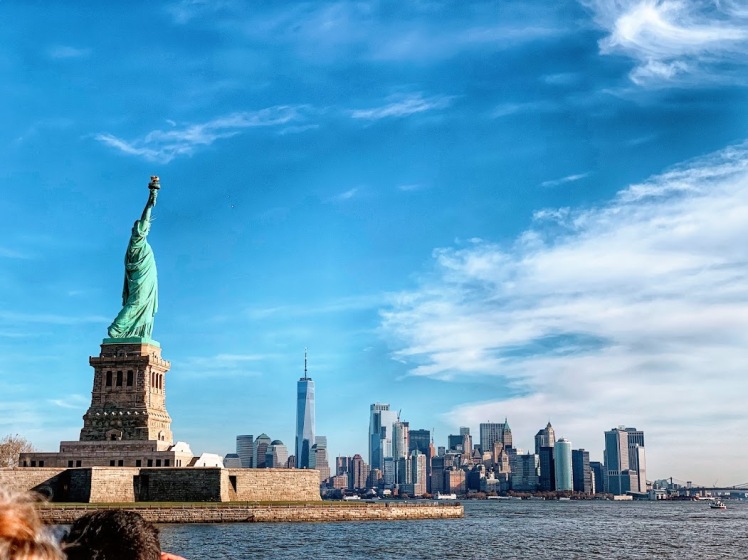 We spent seven wonderful days in New York City and I couldn’t have asked for a better first visit. Not only did we see and do everything we were hoping to, but we did it together in celebration of our first wedding anniversary. As if the trip wasn’t special enough, I got to spend time with my grandparents who I hadn’t seen in over ten years. Having lunch with them and introducing Mike to them was the cherry on top of an amazing vacation.

Mike and I have thrown around a few ideas for our next vacation and we’re so anxious to start planning. After France and New York City, we’re thinking we’d like to go somewhere warm 🙂

3 thoughts on “Welcome to New York”

Nym’s quarantine tip: surround yourself with cozy blankets (sweatshirts also acceptable).
I’ve stayed pretty calm and positive the last couple weeks as we try to get through this pandemic. But last night I finally hit that breakdown I have been keeping at bay. Every day Mike is putting his life on the line for the safety of others and I’m worried sick of what he’s being exposed to. Not just him, but everyone else who has no choice but to keep going to work everyday. So please, please stay home if you can and don’t risk getting others sick. And don’t forget to thank first responders, healthcare workers, grocery store workers, people who work in essential businesses, social workers, news anchors, delivery people, and anyone else out there who is playing a huge role in keeping us going. We owe them everything.
For those not used to spending a lot of time at home, indoors, or alone, I understand it can be a struggle on mental health. So I want to share some things I like to do to keep myself occupied that you might enjoy, in hopes that these things will help if you’re feeling a little out of it due to quarantine. Mediate: there are a lot of great apps that have free guided mediations (I prefer Insight Timer), but if you’re looking for something quick this is what I do to reset. If you’re sitting on the couch, laying in bed, or taking a shower, close your eyes and imagine you’re surrounded by a cone of white light. With each inhale, imagine you’re breathing in the positive, light energy. With each exhale, imagine you’re breathing out negative, dark energy. Do this for as long or as little as you need. Make a music playlist: it can be curated to suit whatever mood you’re in. I have one to bring me inspiration when writing. But it can be a playlist of your favorite songs from your youth or something fun to dance to (highly encourage). I *really* love the Sirius XM POP 2K playlist on Spotify. Listen to a podcast: podcasts are great for when you’re cleaning around the house, out for a walk, or on the road. My favorite is @armchairexppod but there’s a podcast for EVERYTHING. I recommend scrolling through the popular ones and saving episodes that pique your interest. Connect with people: there is nothing more soothing for the soul than connecting with others. And I don’t mean through social media, because that can do the opposite. Close those apps and call/text someone instead. If you’re feeling lonely or stressed or just want to chat about anything, please don’t hesitate to reach out to someone. Chances are that person is happy to talk to you too. Other things I think are vital when home for extended periods of time: limit TV time, open your blinds and let in natural light, get some fresh air, exercise, limit social media, and read ❤️
I could have bought my Cali Creamin at Trader Joe’s for $10 cheaper, but then what’s the fun in that? 😅
Finally updated our letterboard to something more appropriate now that Christmas is long gone 😅 If you know, you know.
Me: doesn’t celebrate Valentine’s Day Also me: 💗💗💗
Happy birthday to my husband. I’ve never known a better, more compassionate, and kind man. It’s an honor that you chose me to be in your life, 8 years ago. I love you forever Michael ❤️
2020 is the year of babies and I can’t wait to meet my niece in March! Had a wonderful day celebrating Sarah and little Hailey Jo 💜✨
%d bloggers like this: