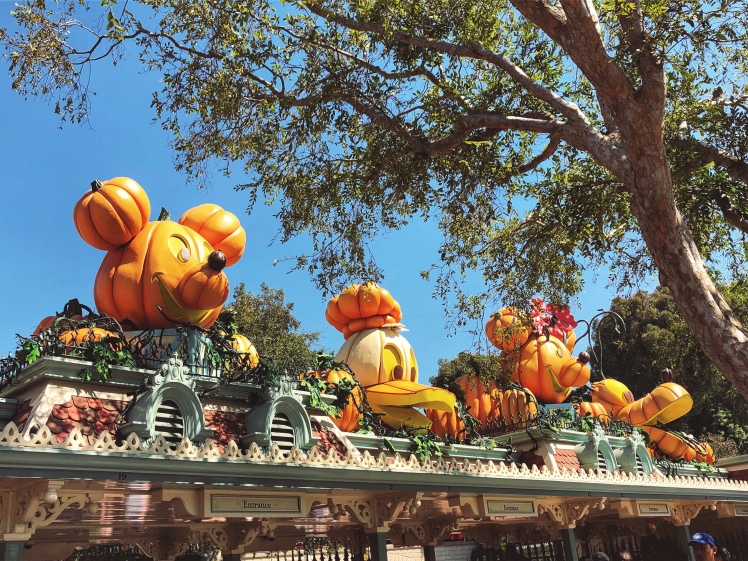 It’s the finally the first day of Fall—even with that 90 degree weather still going strong here in So Cal 😓—but Halloween Time arrived early at the Disneyland Resort on September 7th. Gone are the red, blue, and yellow banners that covered Main Street USA for this Summer’s Pixar Fest, and in their place are pumpkins galore!

Halloween Time at Disneyland is one of my favorite times of the year. The Cast Members waste no time transforming the Parks overnight and I love that they embrace Fall decor for almost two months. The greeting of pumpkins in the shape of the Fab Five as you walk through the turnstiles is just the tip of the iceberg of what you can expect as you make your way into Disneyland. Along Main Street, you’ll find pumpkins scattered through both the window displays and atop the arch ways of each establishment, as well as pumpkin Mickeys atop every lamppost. You can’t help but feel transported into Halloweentown as you make your way into the center of the Park. 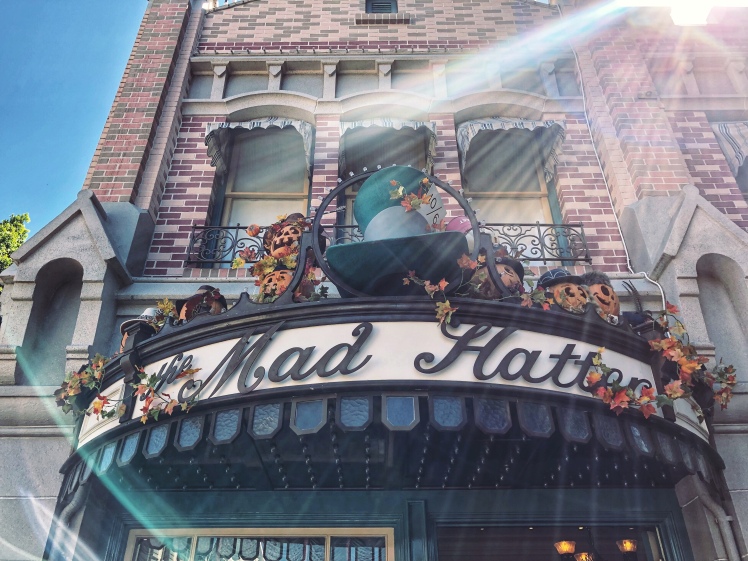 One of my favorite Halloween decorations to see return each year are the pumpkins that surround the Partners Statue at The Hub. There’s a different carved pumpkin for each Land of Disneyland, my favorites being the Roger Rabbit pumpkin representing Toontown and the Jack Skellington pumpkin for New Orleans Square.

If I had to pinpoint my favorite Halloween transformation throughout the Resort, without a doubt it would be the Nightmare Before Christmas overlay at the Haunted Mansion. The Nightmare Before Christmas has been one of my favorite Disney movies since I was a little kid, and I’ve been in love with this overlay since it’s opening in 2001. The Haunted Mansion typically closes halfway through August and reopens in early September completely transformed with characters and decorations from Tim Burton’s movie. This Holiday Nightmare overlay is a bit controversial, as guests either love it or hate it. It lasts throughout early January and is often plagued by long wait times, so I get why people prefer the original Haunted Mansion over it’s holiday counterpart.

Regardless of the conflicted feelings this attraction draws in during the holidays, it’s a unique overlay at Disneyland and I fully embrace all of the seasonal changes. 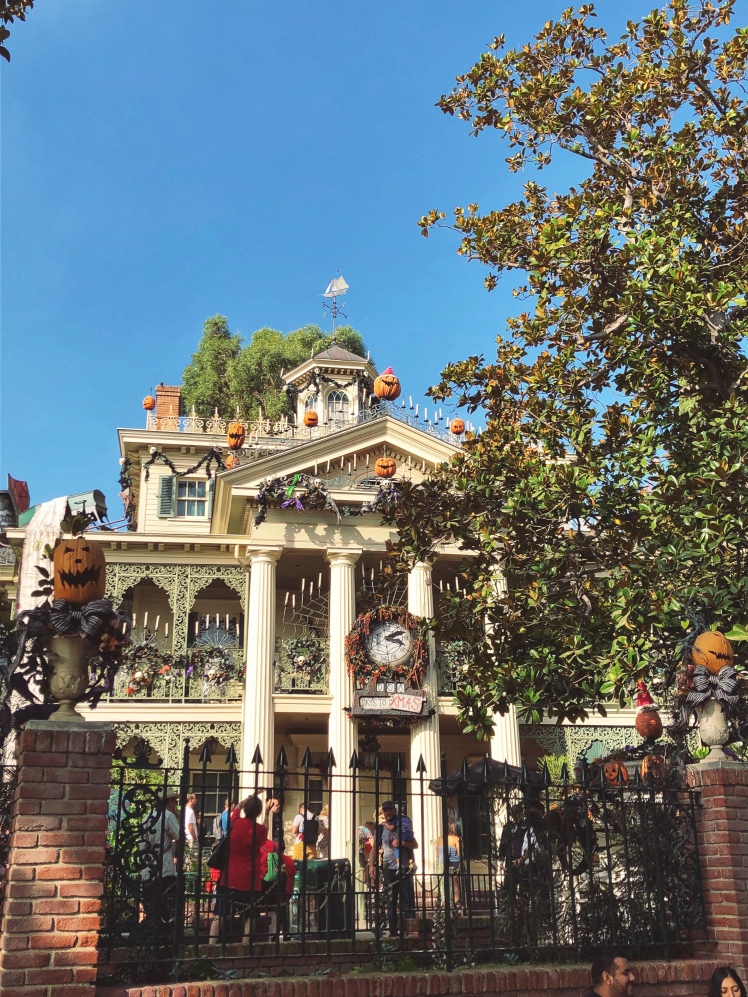 Back in the day, like way back, Disney California Adventure used to get into the Halloween spirit by filling the entrance with Candy Corn Acres: everywhere you looked, as you entered the Park, were giant pieces of candy corn. It was such a fun thing to see for a little kid and, as a fan of candy corn, I was all about this! But those Halloween decorations at DCA didn’t last long and it wasn’t until last year that the Park really got back into the spirit of the spooky season.

The addition of the Headless Horseman statue to Buena Vista Street is one of the best, in my opinion, and I really love the bats flying out of Carthay Circle. The best time to view these are at night, when spotlights add a spooky element to these decorations.

My favorite holiday overlay to DCA was hands down the Plaza de la Familia, based on the Pixar movie of last year: Coco. If you haven’t had a chance to watch Coco yet, I highly recommend it (I’ve watched it five times since Netflix added it in May). It’s a beautiful film that celebrates family and I think it’s wonderful that Disney added a piece of this film to the Parks for the Halloween season. Dia de los Muertos is an important holiday to the Latin American community and I appreciate the effort Disney has made towards diversity in it’s holiday celebrations.

Along with a few great photo spots, there is an area where you can decorate your own spirit guide mask, as well as an area where you can write down a meaningful memory of a loved one and hang it up along a wall, in tribute. These simple but touching activities really make this area of the Park shine! I especially love the tribute to Ernesto de la Cruz, as the attention to detail was amazing! 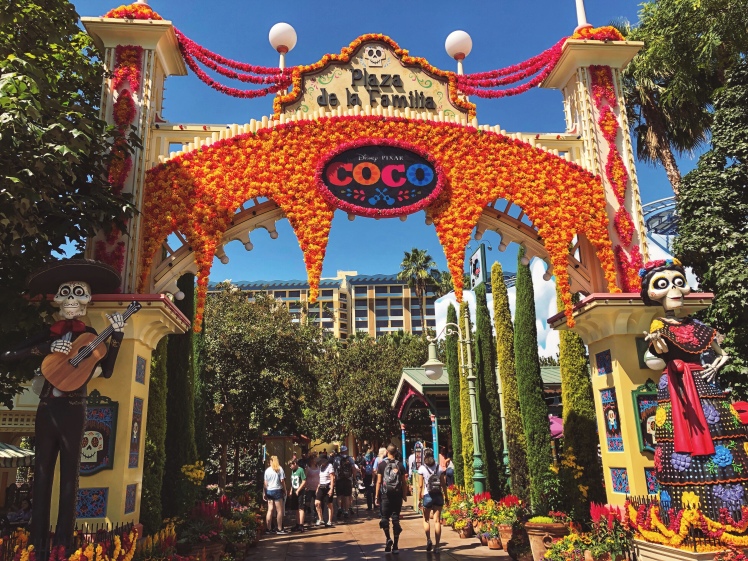 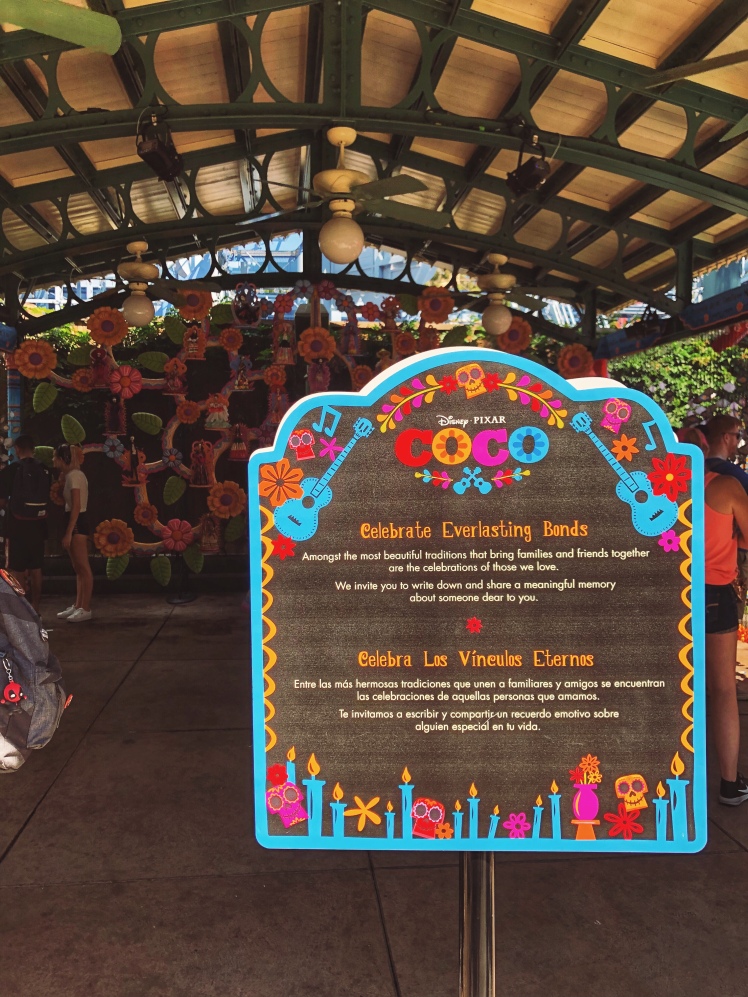 And last, but certainly not least, the Cars Land Haul-O-Ween Time transformation.

If you visit Disneyland from early September to October 31st, you’ll note that, beyond Main Street USA and the Haunted Mansion, not much of the Park is decorated for the Halloween holiday. Although I wish the whole Park was filled with pumpkins and Fall decor, I understand why it’s not. So many people travel from all over the world to visit Walt’s original theme park, so I assume Disney doesn’t want everything to be taken over by Halloween; some things have to be left in their original state. But what I love about DCA is that they are willing to expand their holiday decorations beyond their entrance. Not only do we have the Coco-inspired plaza, but we also have one of the most popular areas taken over with all things spooky—Cars Land.

And if you’re looking for a unique take on Halloween decor, there’s no better place to find it! Car’s Land is all about the automotive details and the seasonal decorations are no exception. Instead of traditional Halloween movie posters, you’ll find an automotive parody along the walkway. Instead of carved pumpkins, you’ll find carved cones at the Cozy Cone. It’s this attention to detail and continuity that makes me appreciate the work that Disney puts into their Theme Parks and Resorts operations. And it’s why I will continue to visit the Parks, no matter how much they raise the cost of admission. They truly care about presenting the best to their guests. 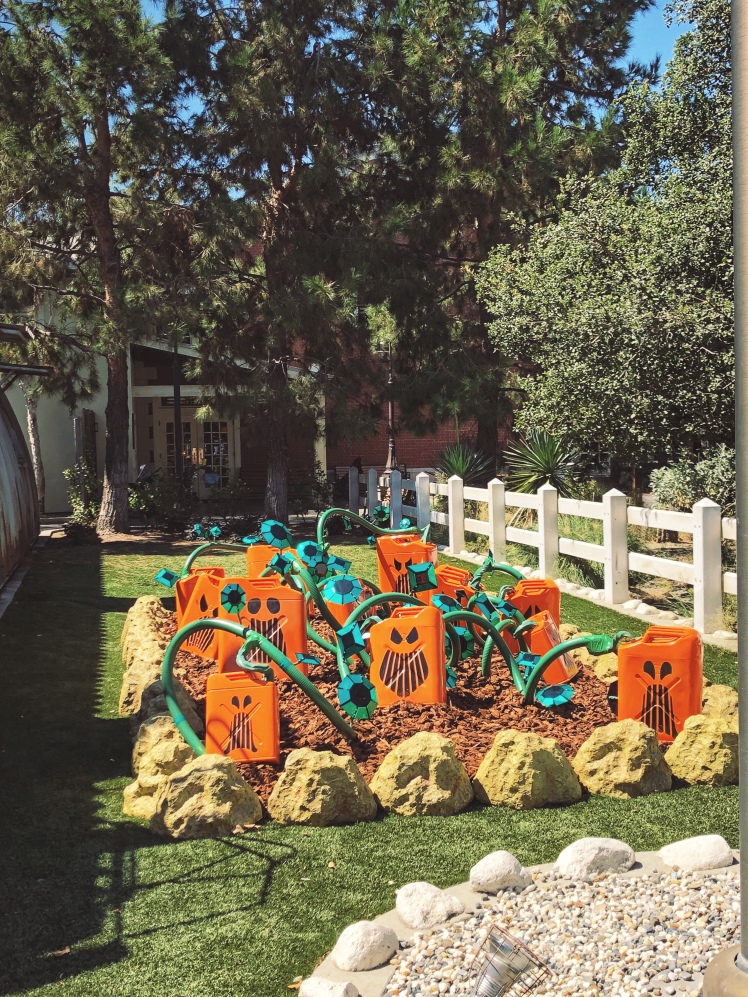 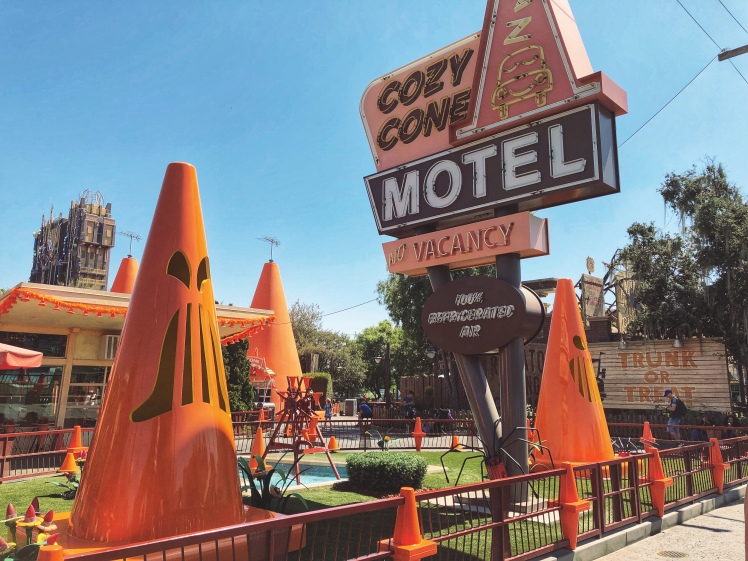 If you’ve ever thought about visiting Disneyland during the holiday season, I highly encourage it! The Resort always has a magical touch to it, but it’s never more present than during a holiday. And it doesn’t stop at the decorations—Disneyland also offers a wonderful selection of Halloween-inspired foods through the end of October! I didn’t have a chance to try any for myself during this visit to the Parks, but I’m looking forward to trying some when I visit for my birthday in a few days. I’ll keep you posted 🙂

Have you thought about planning a trip to a Disney Theme Park? I’d love to hear about it and answer any questions! Feel free to let me know in the comments 🙂