The first week of September is coming to a close and with that comes my disbelief that Summer is almost over. The last couple months have flown by and so much has happened that I’ve put off writing in order to adjust. But I’m back, again, with some updates on what I’ve been up to since my last post.

July started off bittersweet with my step-brother leaving on deployment with the Marines, until the new year. Before he left, our family was able to spend Fourth of July exploring the USS America, his home for the next several months. Spending the holiday in the company of the brave men and women who sacrifice their lives for our country was an honor. I can’t wait until Ryon returns home and shares all of his travels with us.

In mid-July the lease to our first apartment in Pasadena came to an end, and since we were never particularly fond of it, we decided to find a new place of residence. And we did find one! Two streets away haha. The move was incredibly stressful due to Mike being called away to help with the brush fires in Santa Barbara, but with the help of both our families I managed to get us settled in. This new apartment feels more like home than any of our previous places and I’m excited to show it off in future posts! More to come soon 🙂

During the time of our move (and Mike’s 10 day absence), we celebrated 5 years together. Those years have been filled with more love, laughs, and adventure than I can count and I feel blessed to marry the love of my life this November. We’ve been trying to finish off  the majority of our wedding to-do list the last few weeks, and we can see the light at the end of the tunnel. The big things we accomplished recently were booking our videographer, picking dates for our bachelor and bachelorette parties, and finding the groomsmen suits. Soon we will be sending our invitations, and I’m hoping to share the process of choosing them, for couples who need a place to start.

July ended with a bang when I had the opportunity to attend the last day of D23, the Disney convention held every other summer in Anaheim. Being able to sit in on the Tangled the Series panel was a dream; Rapunzel has always resonated with me, being my favorite Disney princess, and I loved hearing the cast and crew talk about how much the new TV series means to them. For anyone who is curious about attending a big convention, I definitely recommend starting off slow with a single day before throwing yourself into the full three day weekend. I had a blast, but it was a little overwhelming at times. I didn’t realize how much of the day was spent waiting in lines for panels and experiences, nor did I realize that most people begin arriving at four in the morning for a convention that does not start until nine am. Now that I have a better idea of what to look forward to, I can’t wait to go again in two years!

August was consumed by wedding errands, girlfriend dates, and family get-togethers. Most importantly, our Disneyland Annual Passes became valid at the end of the month, after a three month black-out. Even though we experienced a heat wave during that time, it made for an even better Park experience with short lines and cold cocktails at the Cove Bar. Stay tuned for my recommendations on snacks and drinks at the Disneyland Resort!

I managed to read two books–-The Handmaid’s Tale by Margaret Atwood and Murder on the Orient Express by Agatha Christie—finished watching Friends, re-watched New Girl, and added some new documentaries to my must-watch list (one of which convinced me to switch to a vegetarian diet a little over a month ago). I’m currently facing a dilemma over what to watch next and now that Twin Peaks: The Return has ended, I’m thinking a series re-watch is in order. Does anyone else keep watching the same shows and movies over again instead of starting something new? I’m one for nostalgia, it gets me every time.

Summer is unofficially over (despite the insane heat), and I’m already in full Fall mode. I’m slowly decorating our home and starting on Fall knitting projects. And I’ve been itching to pop Hocus Pocus into the DVD player. While it’s not quite cool enough for Fall clothes, I’ve been brainstorming outfits while sipping on Iced Pumpkin Spice Lattes. I’m probably getting a little ahead of myself, but I’m so excited for what the last few months of the year will bring!

If you’ve managed to read through the entirety of this post, I give you major kudos. Thank you for sticking around this past year and keeping an interest in my life. I promise to write more so as not to bombard you with long posts detailing my boring life as a 24 year old. If there’s anything you wish to see from this blog moving forward, please leave me a suggestion! As always, I’m very open to feedback 🙂 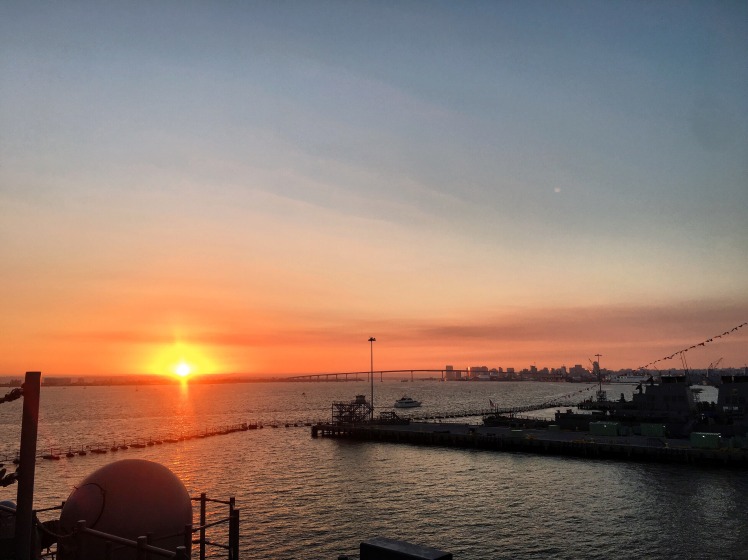